I was looking through Stadshem today, and found this cozy little place (59 m2). It’s so warm and inviting, and I had to take a closer look. Here is what caught my eye. 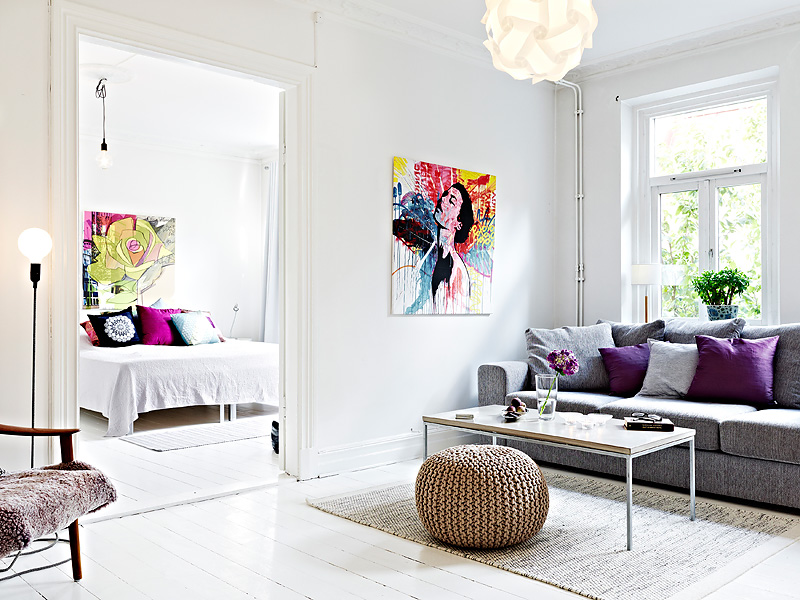 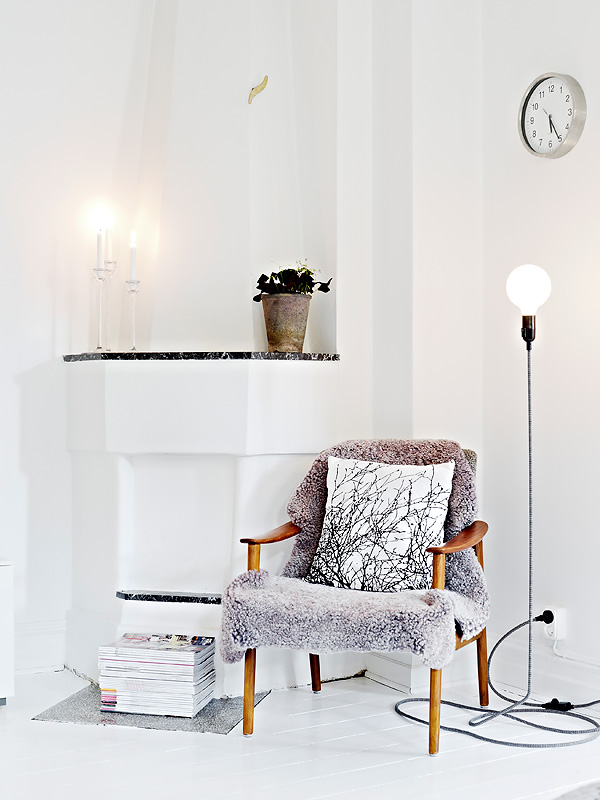 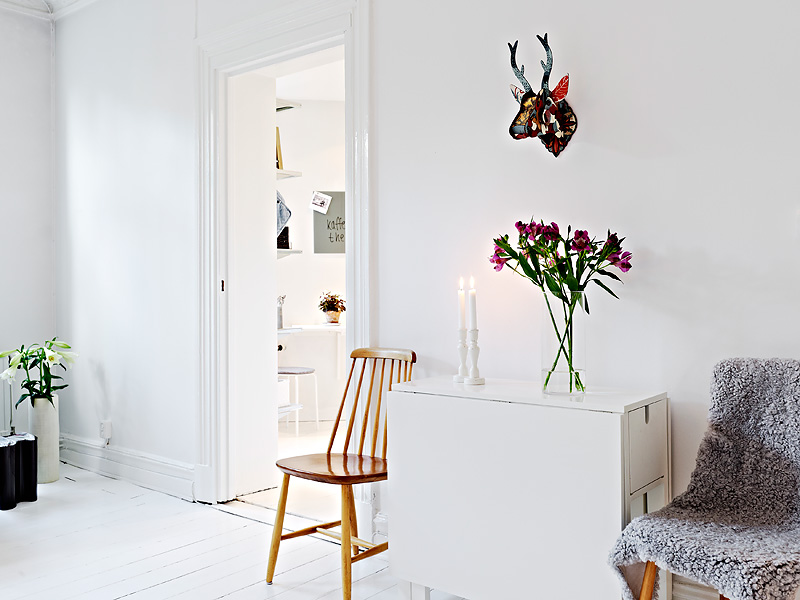 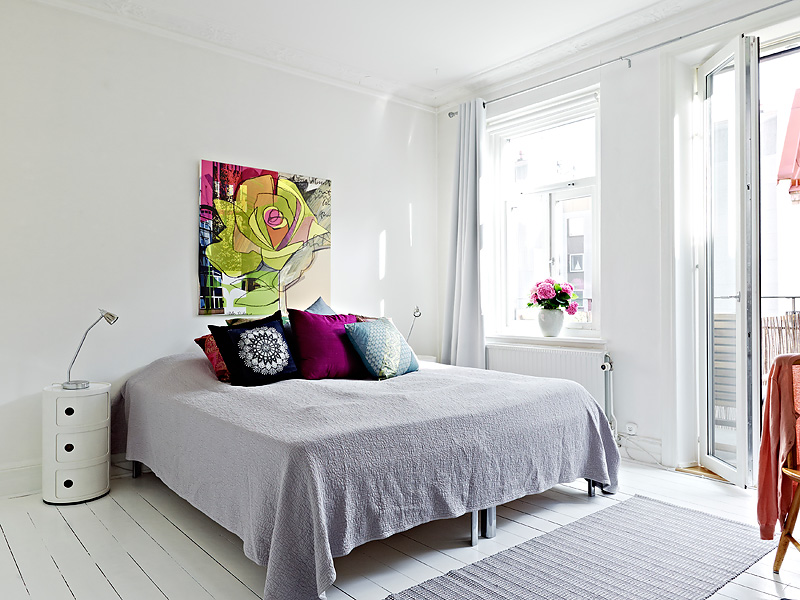 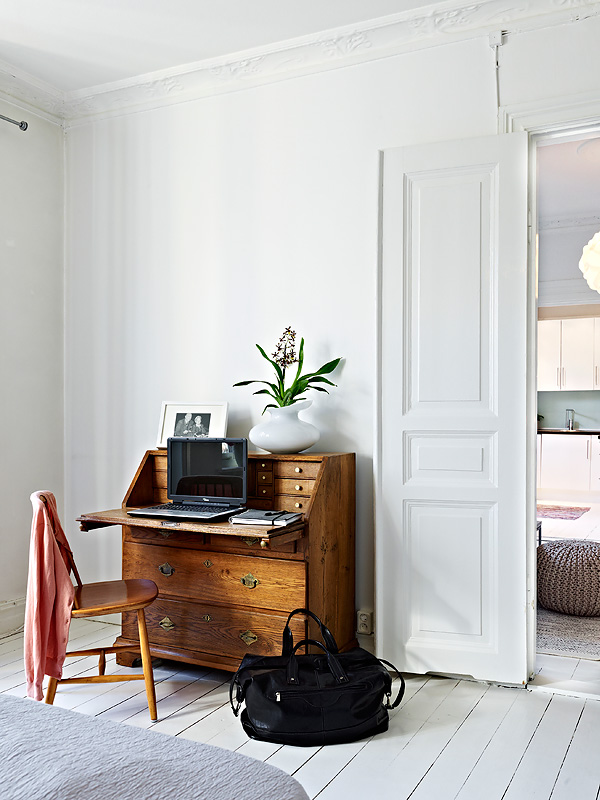 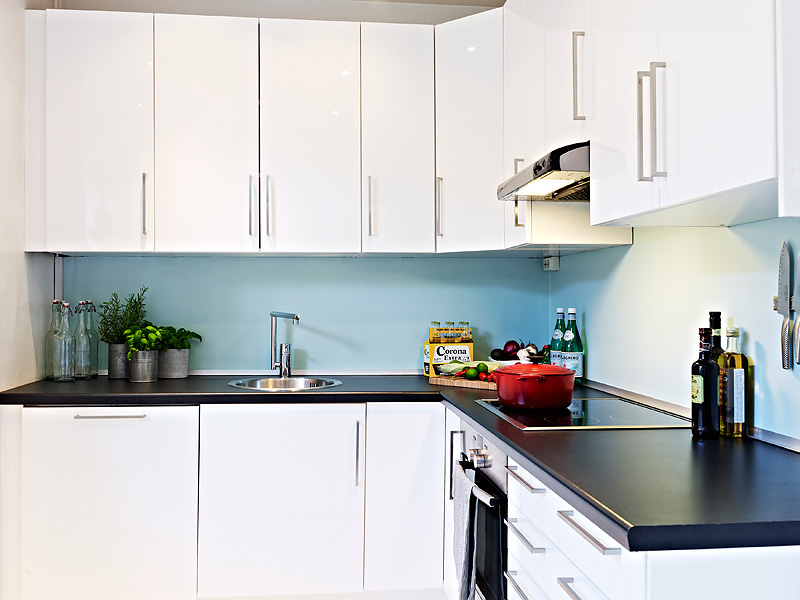 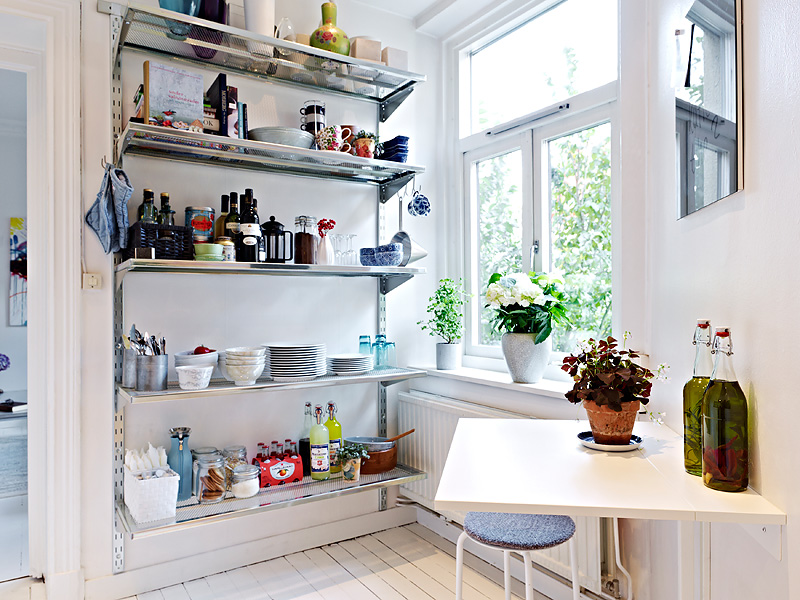 Today is the launch of Therese Sennerholt’s new collection of graphic prints. Like all the other ones this collection is full of great statements. I just feel like buying them all. The images here were shot by Pia Ulin and of course styled by Lotta Agaton. 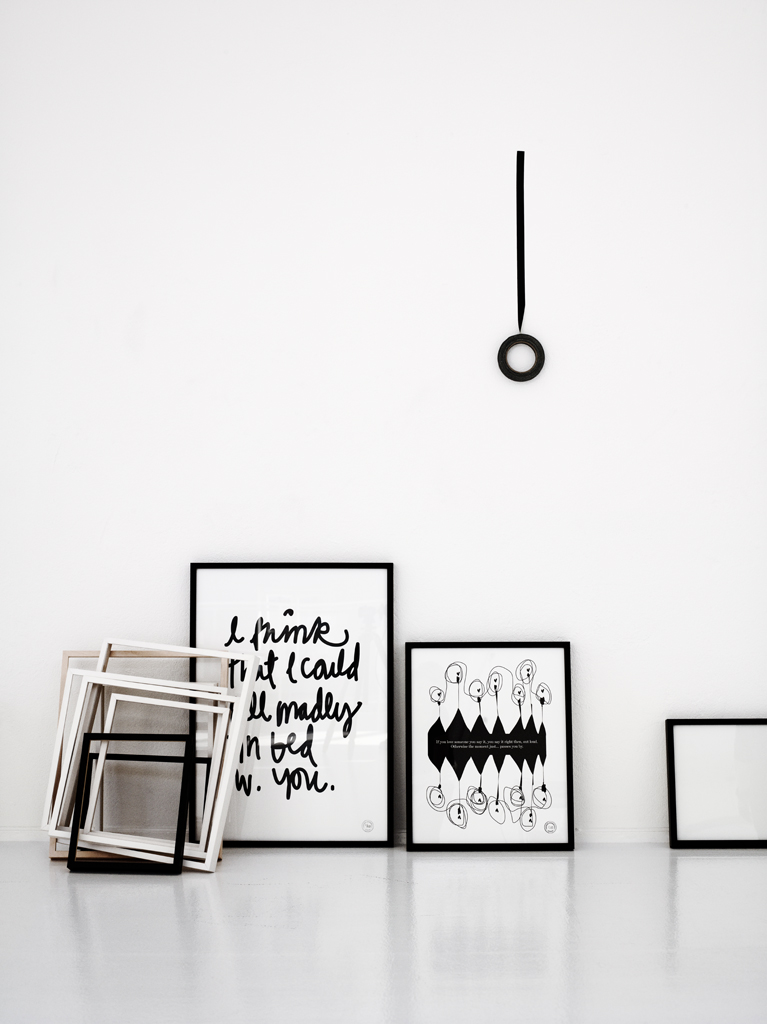 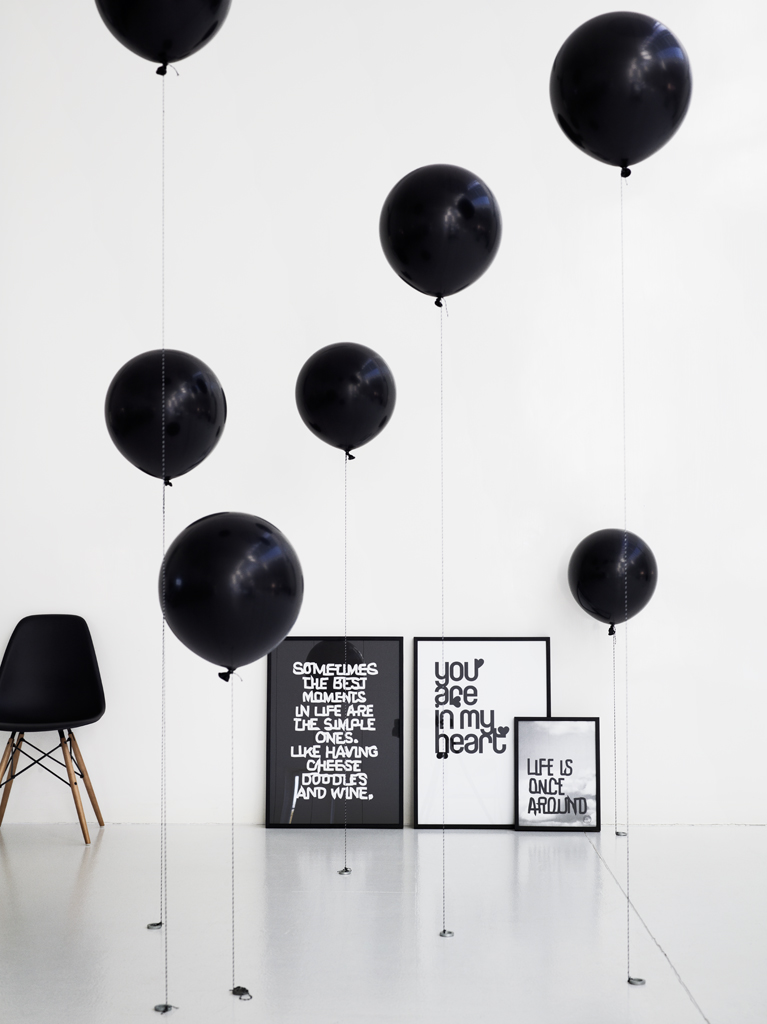 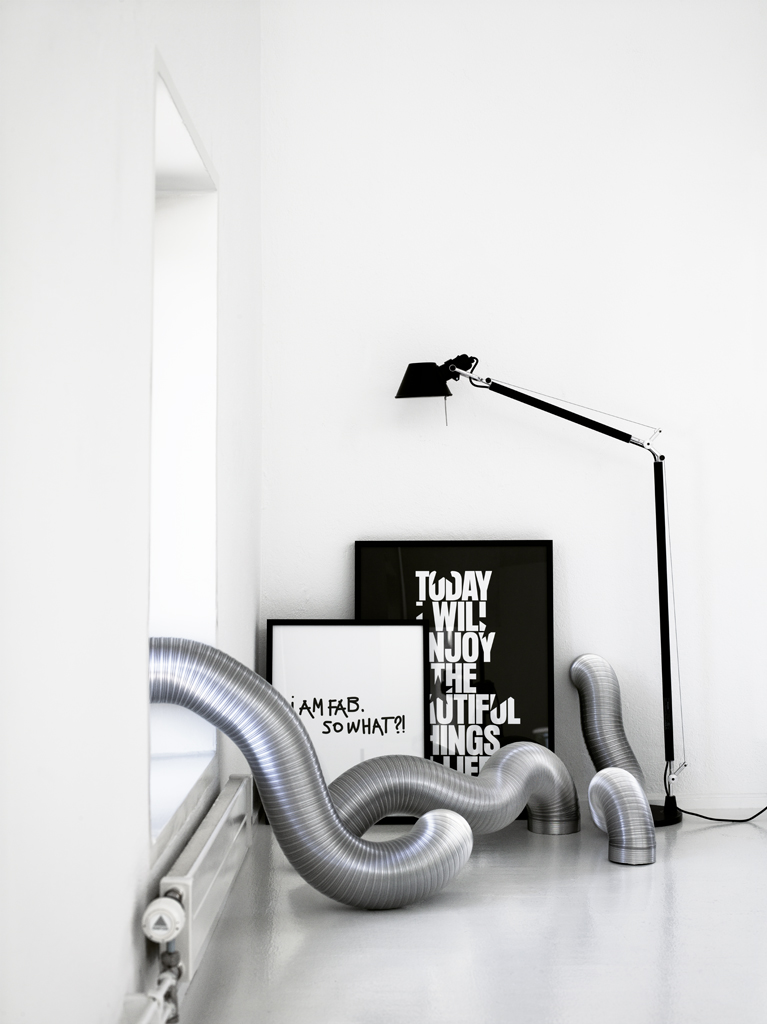 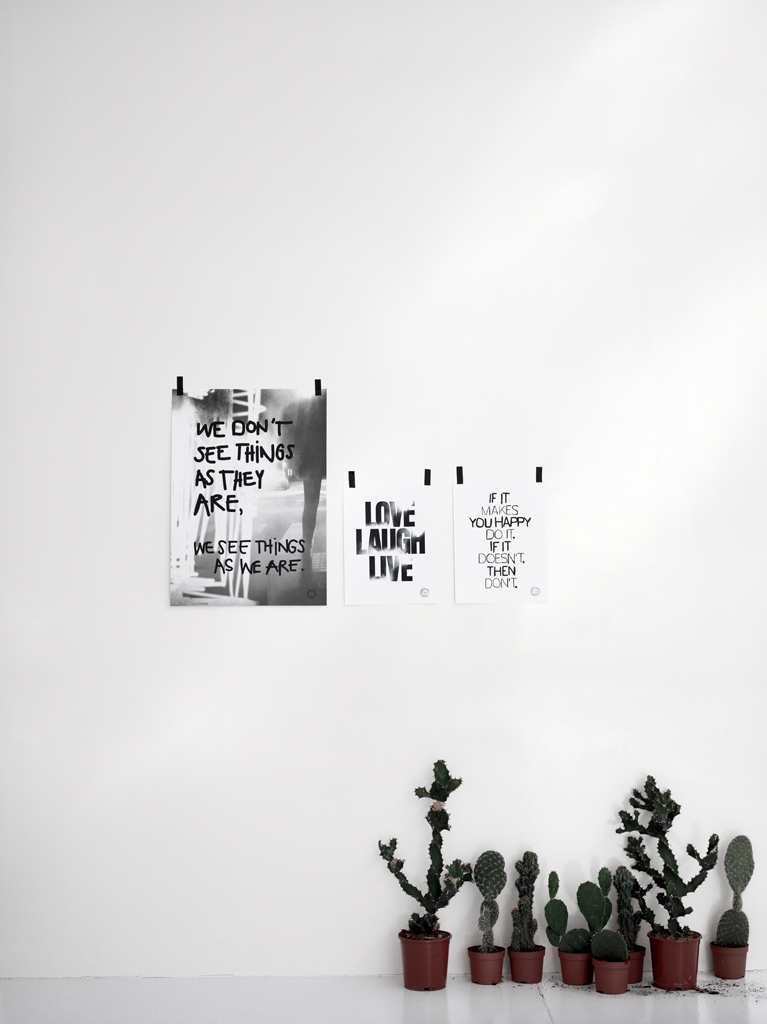 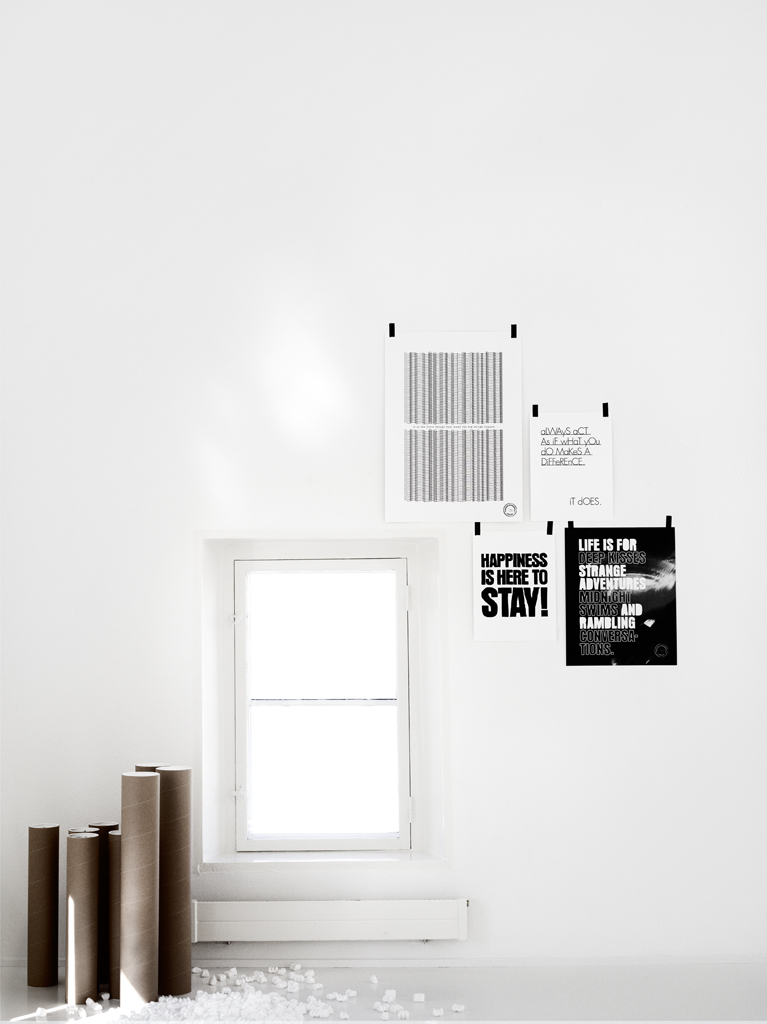 Lately, I’ve enjoyed looking at Line Klein’s photos. Here are some of my favourite shots – it’s a bit of a mix, but I hope you like them as much as I did. 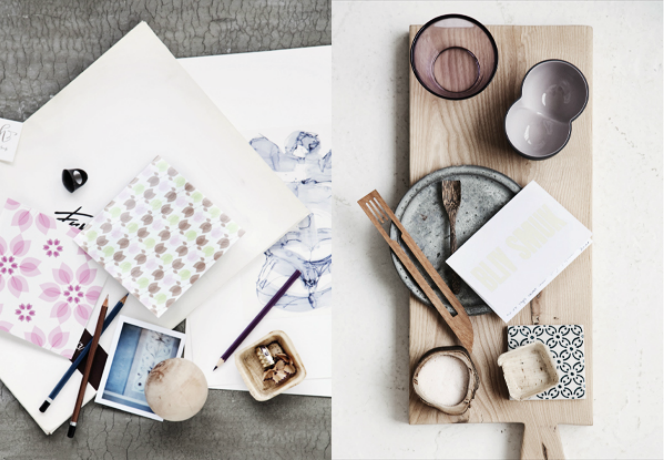 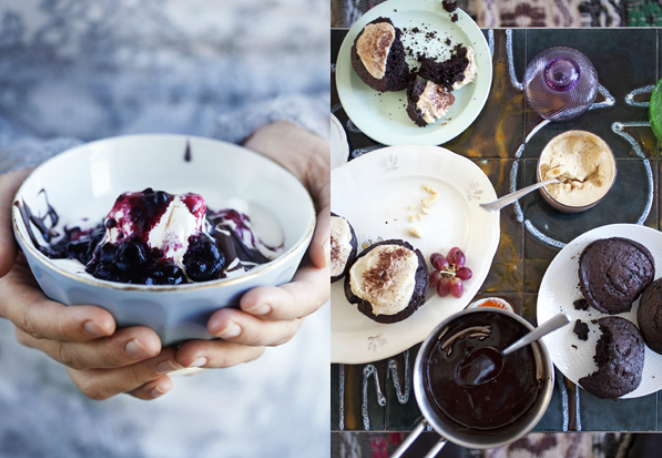 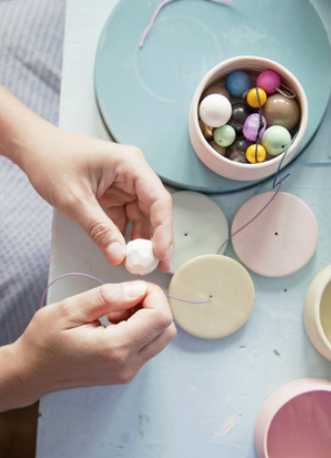 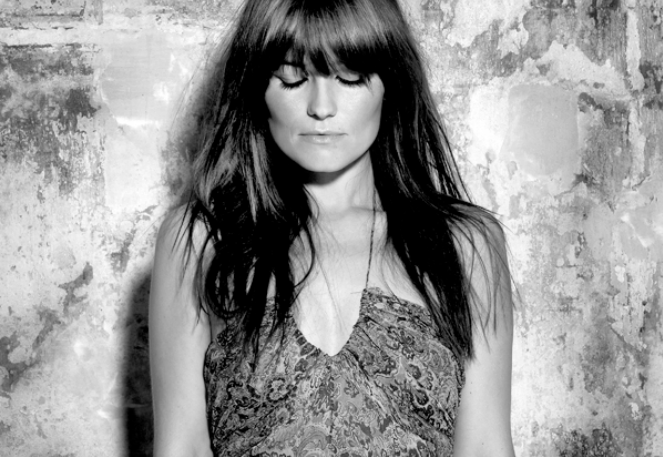 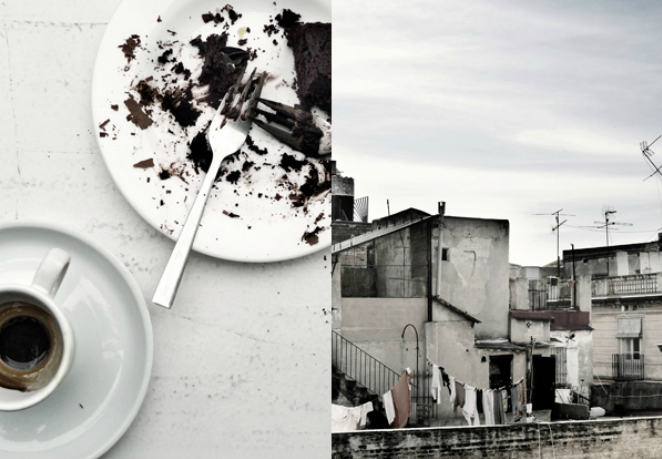 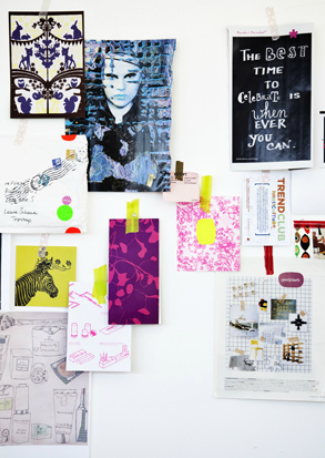 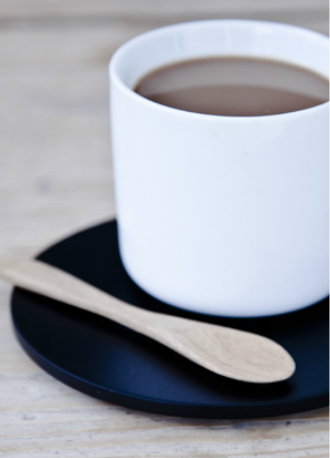 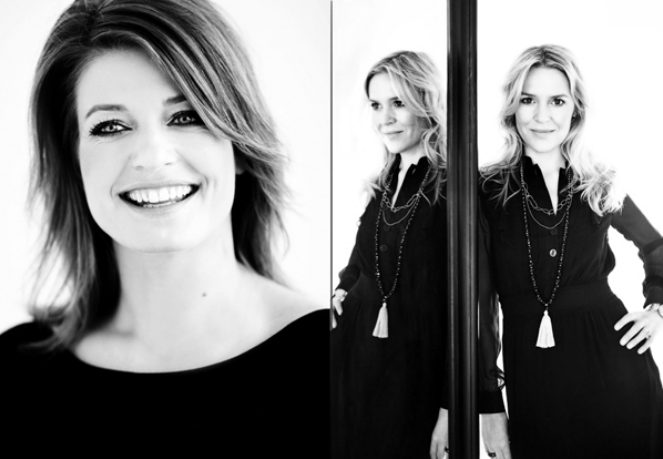 Therese Sennerholt has done it again. She’s just an amazing artist, and I can’t wait to see what she comes up with next.

Her newest project is made in collaboration with A Carpet. Together they’ve launched a series of graphic rugs. 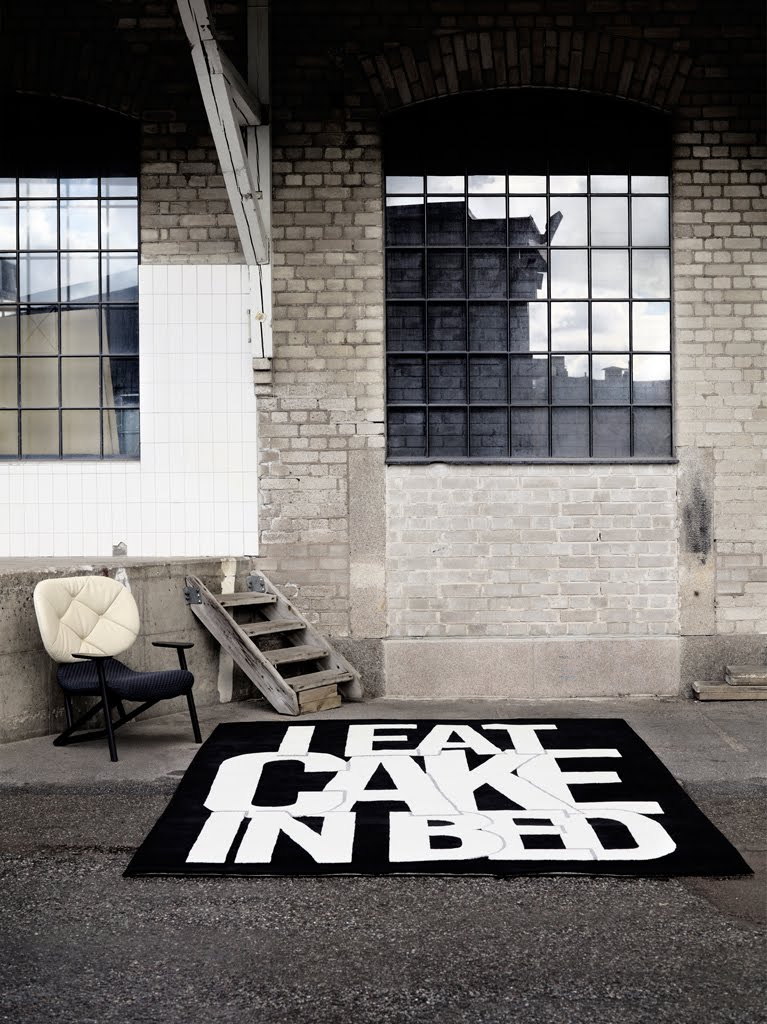 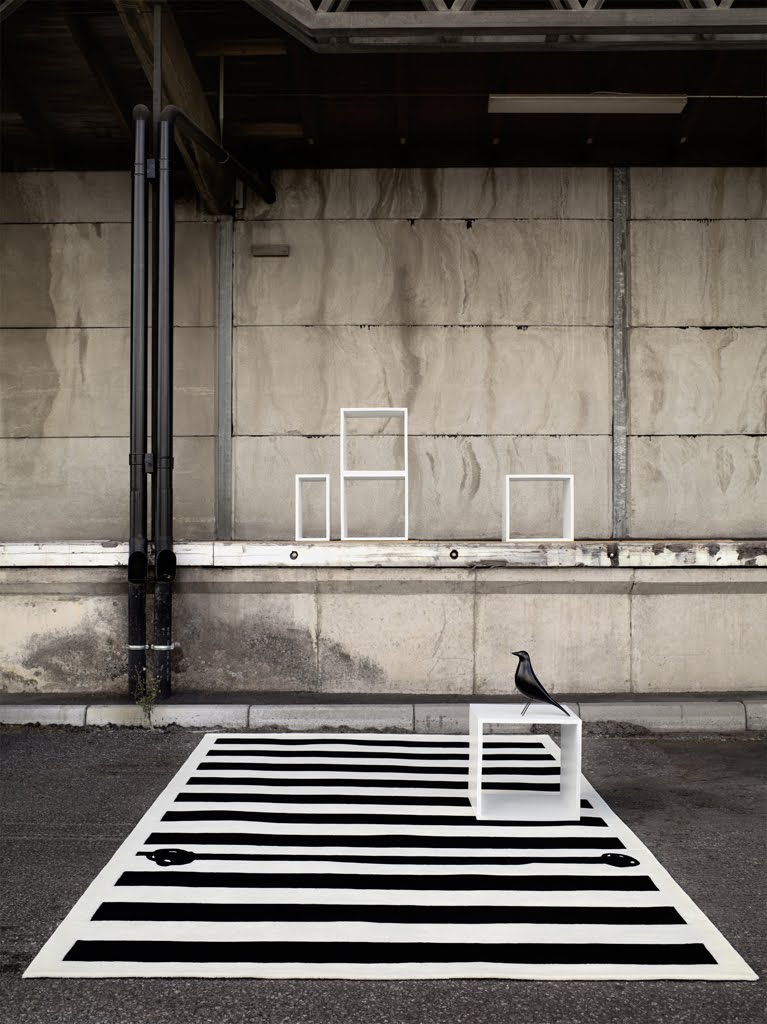 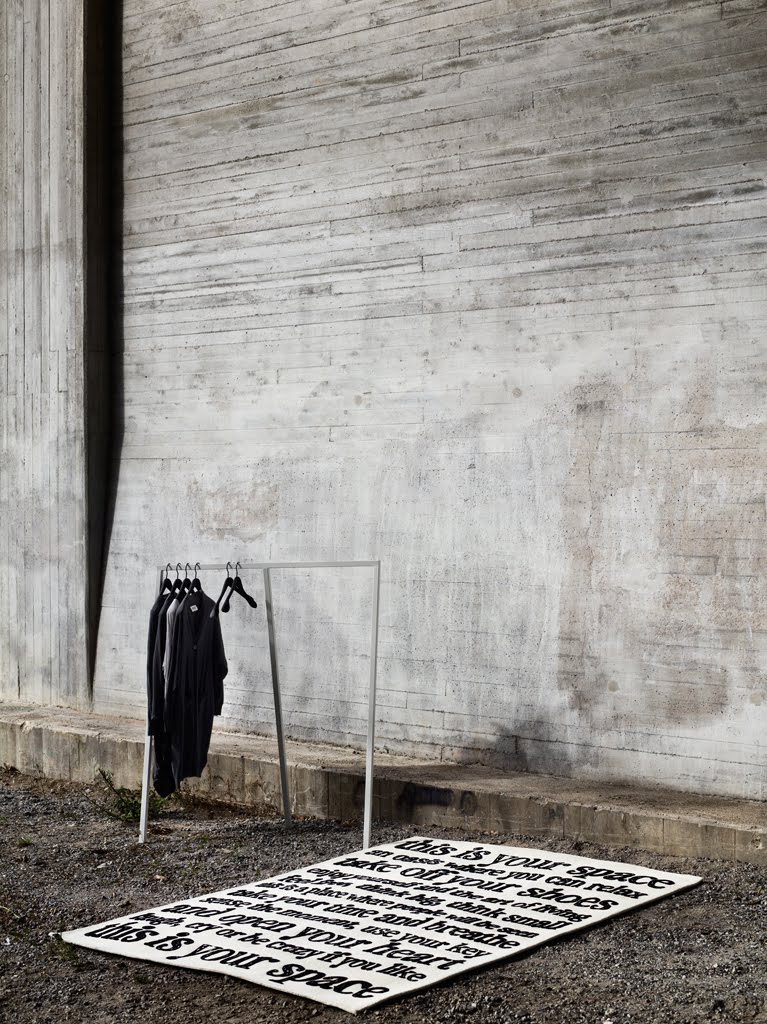 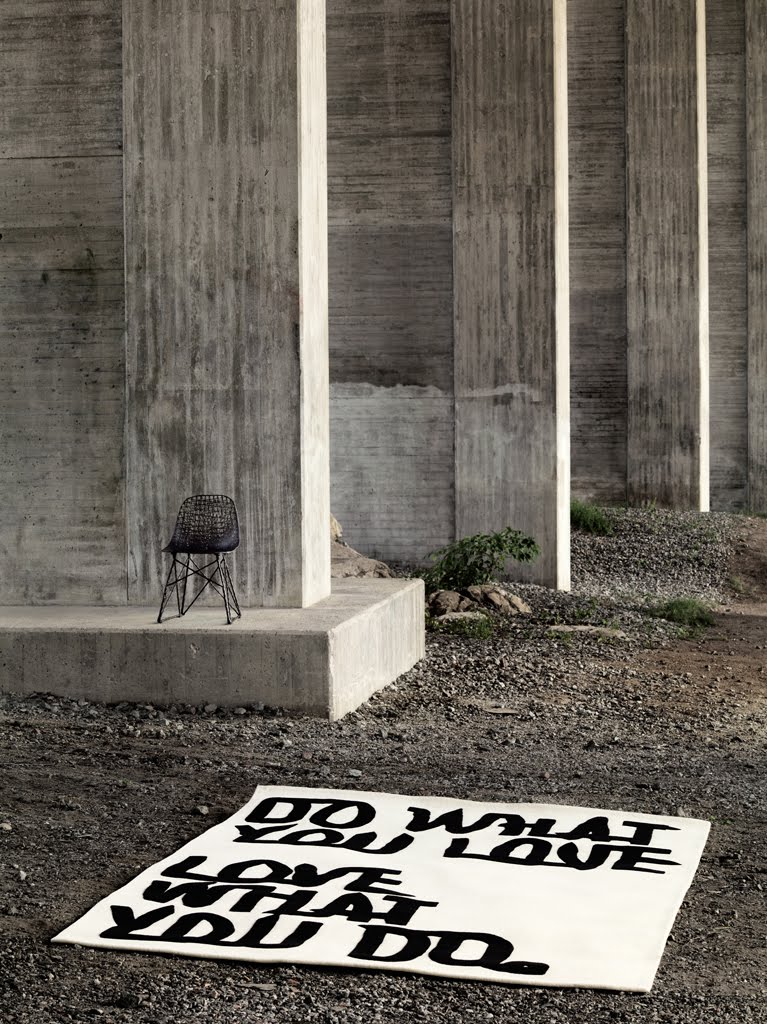 These really cool pictures are styled by Lotta Agaton (what an amazing job) and photographed by Pia Ulin.

Unfortunately, the rugs will only be sold at NK Interior in Stockholm.

I’ve been real busy all week, and today is no exception. But with a little boy, who thinks he should get up at 5:45 on a Sunday morning, I’ve got a little time to write a post.

To be honest, I feel more tired than inspired right now, but I did find two pretty cool prints.

It’s no secret, I’m a big Mad Men fan. We started watching season one on dvd this spring, when the kids were in bed at night – better late than never right. But actually, I found out that we were not alone. Lots of our friends have also picked up the series this year. I guess we’re all ‘victims’ of having small children, jobs/kids where we have to get really early and a million other things to do late at night, where other people apparently sit down and watch Mad Men. 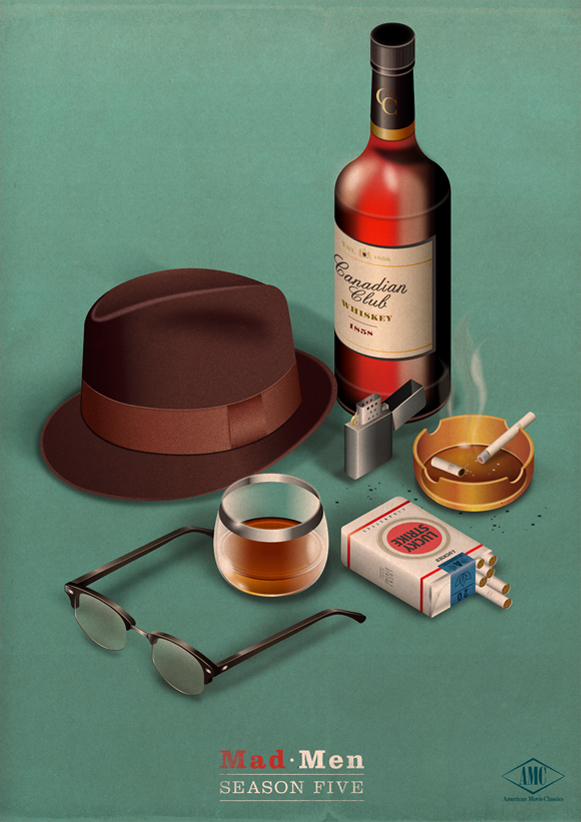 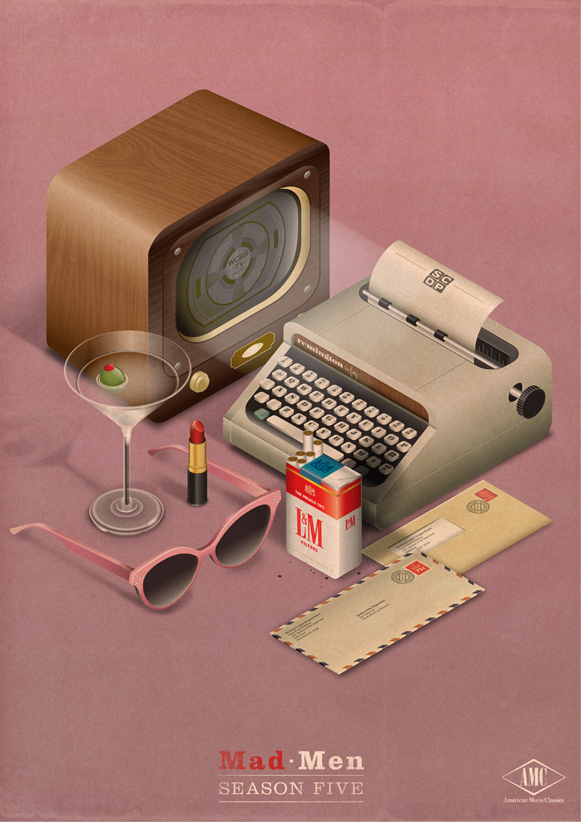 I’ll be off to Aarhus later today. But now I’ll just sit back with a cup of coffee and enjoy the quiet and bright morning.

Have a wonderful Sunday out there.

Graphic designer and illustrator Clara von Zweigbergk designed this Themis Mobile for Artencnica‘s for their 2010 summer collection. It is a delicate, geometric sculpture composed of five colorful, faceted ornaments. When I first saw it, I put the mobile on my kids’ wishlist. However, as time went by I kept thinking that the mobile would look great in our living room. So guess what, the Themis Mobile is now on my list. And now there is a new Themis Mobile II in stores. 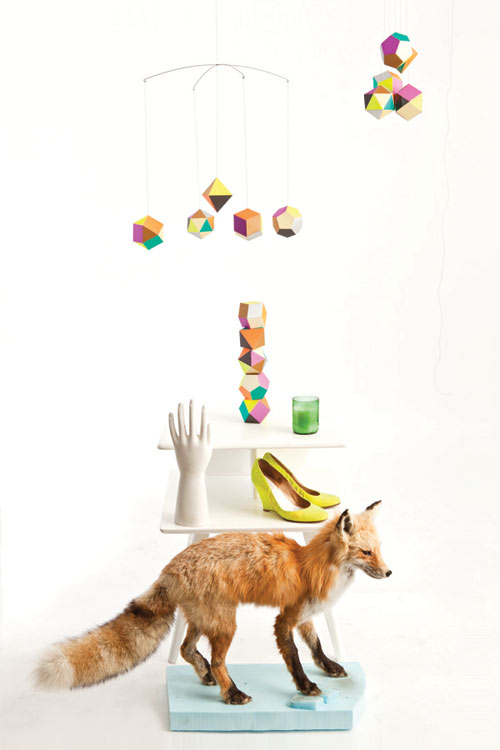 Clara von Zweigbergk was born in Stockholm 1970.   She studied illustration and graphic design in Sweden, France and USA. She culminated her studies at the Art Center College of Design in Pasadena, after which she worked as a graphic designer for several advertising agencies and designers in Stockholm.

In 1997 she founded Rivieran Design Studio, with two partners, as a multi-disciplinary agency spawning many successful collaborations with fashion, illustration, architecture, furniture, product and graphic design. Rivieran quickly gained the eye of the press for its unique structure and interior space. 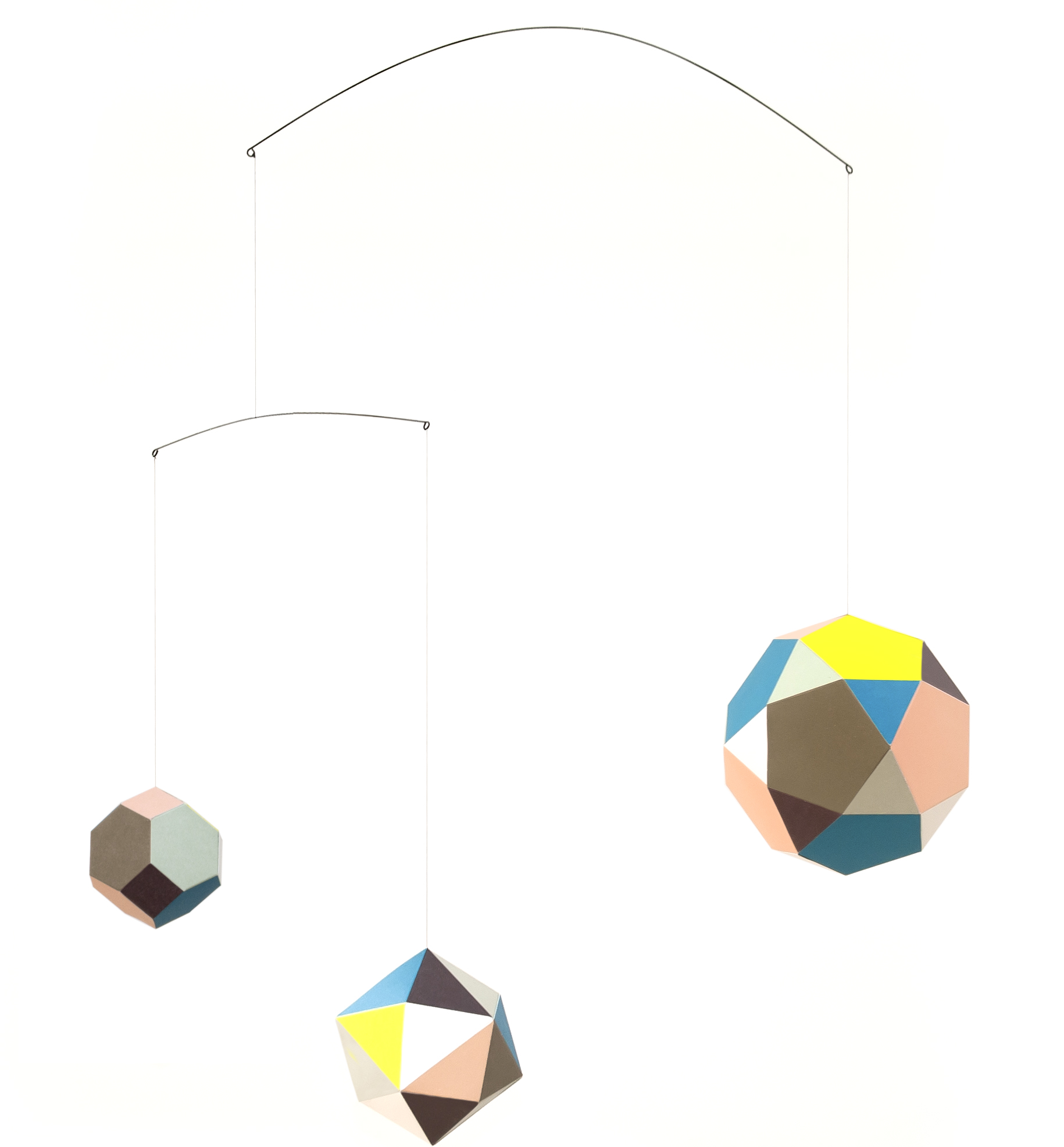 She has designed and illustrated several books, among the “A Collection of Tickets” by Carouschka which has become a cult item in Japan. After four years as a graphic designer at Lissoni Associati in Milano, with clients such as Boffi, Porro and Alessi, she has now re-started her studio in Stockholm.

Inspired by the polyhedron solid, the five faceted geometric shapes are actually hollow ornaments lending to the lightness and bounce of the mobile when touched. Each ornament is individually colored in fluorescent neons, purples and browns. 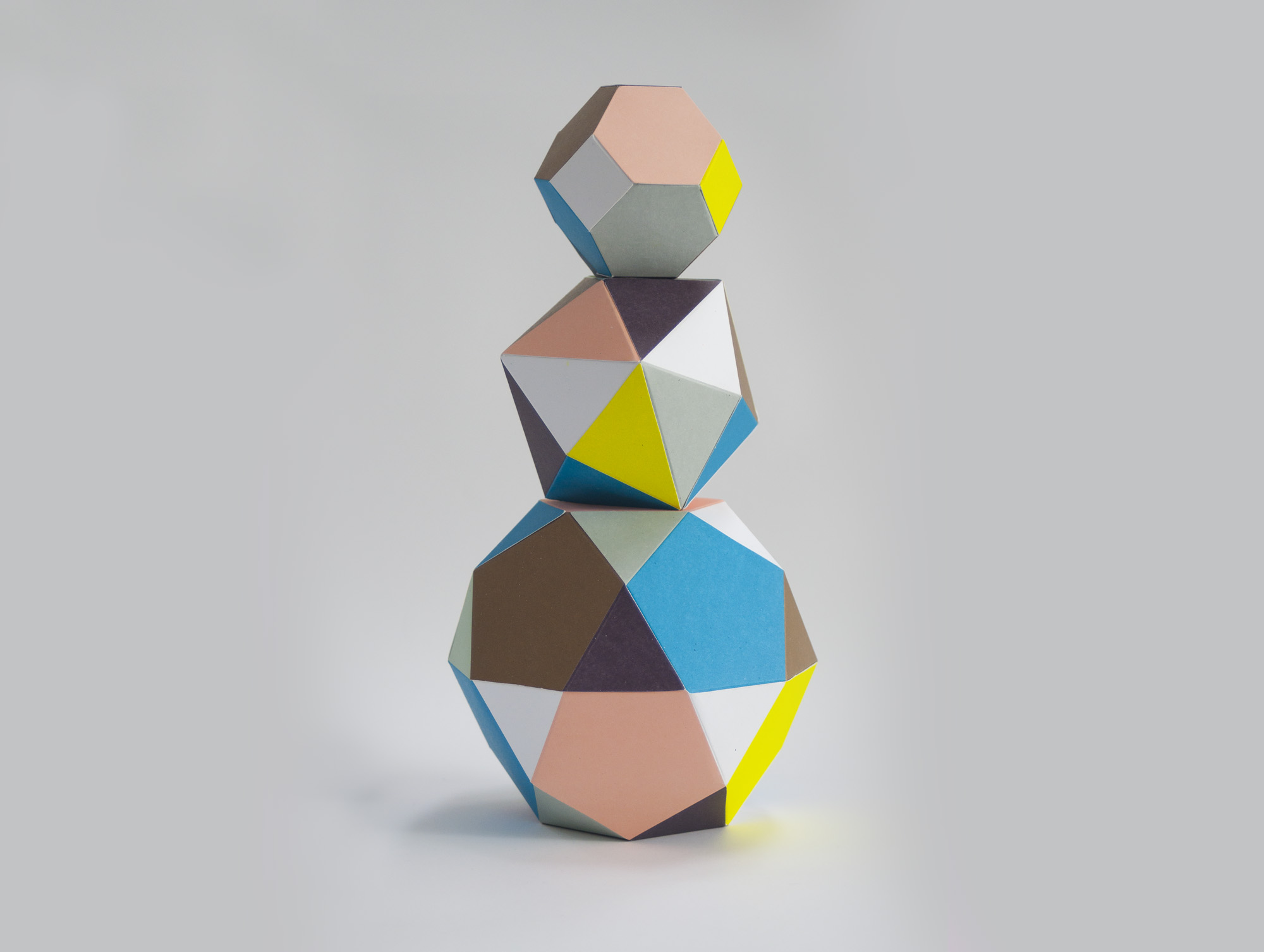 “The shapes quickly came together as a mobile. I think of them as planets and like to see the colors change while gently turning.” 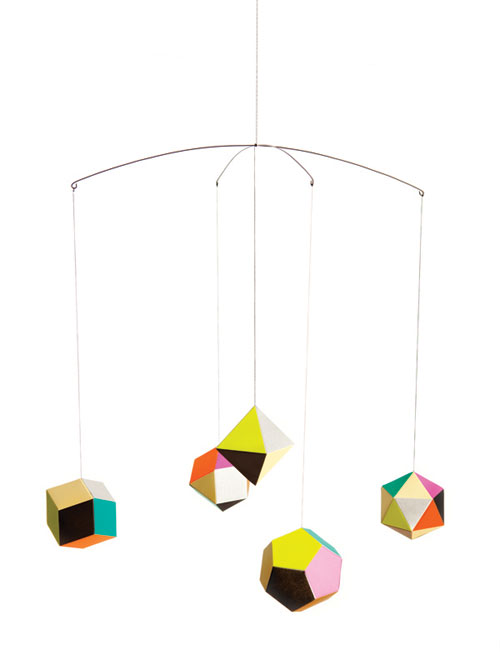 View this video to see how the mobile folds.